There’s a whole lot going on with the Mercedes Vision AVTR concept car that was first unveiled at CES in 2020. But visitors to the Munich motor show going on right now have the opportunity to do something they’ve likely never done before: control the concept with their minds. 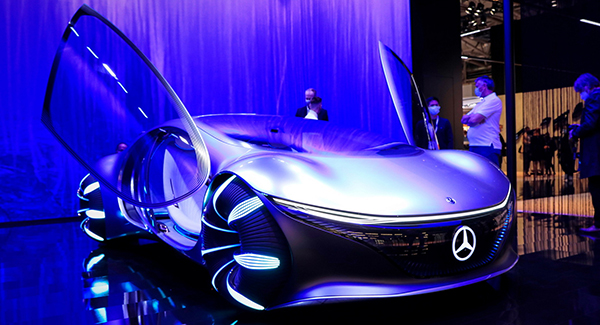 Not quite science fiction, though not quite production reality either, the concept car uses brain-computer interfaces (BCI) to help drivers control several of the vehicle’s functions with their thoughts and visitors to the show will get the opportunity to try it. 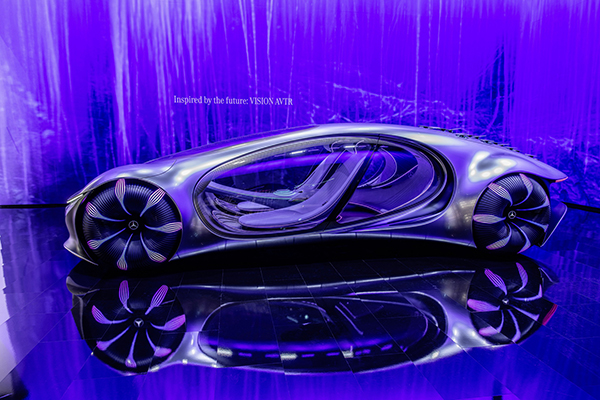 Initially developed to help people with physical disabilities gain more independence, the technology can read measured brainwaves and associate them with a task. 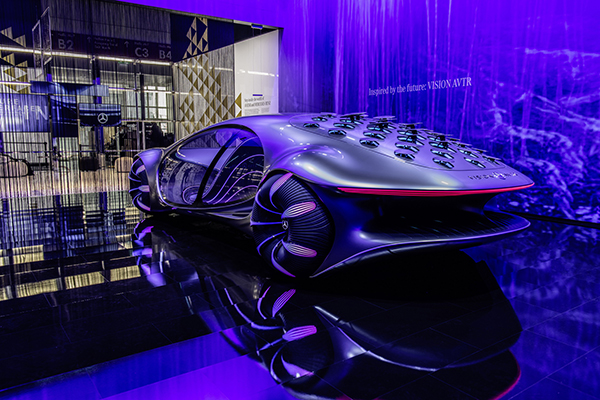 At the Mercedes booth, that will mean that visitors can try on a little headband that reads brainwaves. Then they have to do a little calibration test that lasts about a minute and involves them looking at a light on the dashboard of the concept car and focusing on it. The BCI then associates that brainwave pattern with the location on the dash (say, the automatic park assist function) and associates the two.

Mercedes says that the display it has at the car show allows people to select a parking space to charge the vehicles or interact with the infotainment system to grow plants and generate wind in the virtual world contained in the system. 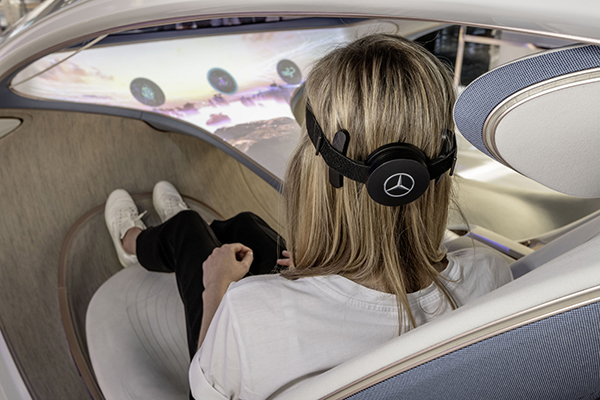 “BCI technology has the potential to further enhance driving comfort in the future,” said Britta Seeger, head of sales at Mercedes-Benz. “BCI technology works completely independently of speech and touch. This opens up revolutionary possibilities for intuitive interaction with the vehicle.”

The result of a collaboration between Mercedes and Disney, the Vision AVTR was inspired by the film Avatar and combines futuristic technology with wild design. Supposedly powered by a 110 kWh battery pack that uses graphene-based organic cell chemistry and is free of toxic and expensive earth metals, it can be recharged in just 15 minutes and go 434 miles (700 km) on a charge.

It also features external flaps that move in tune with the car to make it look alive and is filled with sustainable materials like Karuun (a wood made of the amply available material Rattan) and seats made of recycled clothing and PET plastic bottles.