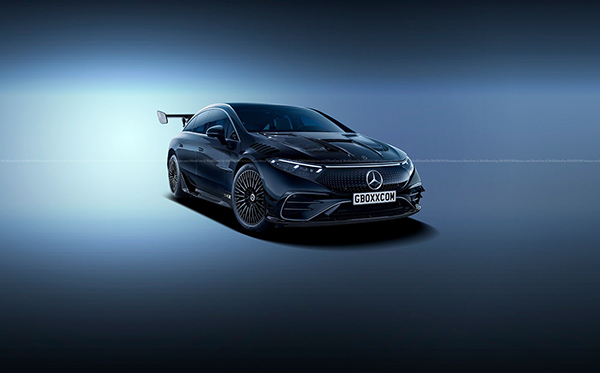 But what about a battery-powered performance model? The carmaker isn’t offering any at the moment, but it did say the recently introduced Mercedes-EQ EQS will get one in the future, which begs two questions: one, how will the AMG particle be linked to its name, and two, will the electric motors still be handcrafted and signed by an AMG engineer?

Obviously, that second question was only a joke meant to highlight another way in which the switch to electric propulsion disrupts some of the well-established traditions of the automotive world. However, new technology means opportunities for establishing new traditions, so no need to sit and sob over the potential obsolescence of internal combustion engines just for that reason.

Back to the naming issue, we expect the go-faster EQS simply to have the AMG initials affixed to its regular name, much like Mercedes-Benz models did before Mercedes-AMG became a thing. Nikita Aksyonov, an independent designer from Russia who likes to look at a car and ask himself “what if?”, quickly jump to the drawing board and come up with an answer, seems to think otherwise.

He chose the Mercedes-AMG EQS solution for his rendering, but that’s not the most remarkable part. It’s the fact he took things even further and came up with a Black Series version for the all-electric sedan. The Black Series, in case you don’t know already, are the AMG models that regular AMG models only dare whisper about. They are pure madness, always looking to kill their driver the second his concentration drops to 99 percent.

And what would a Mercedes-AMG EQS Black Series look like? Well, it’s black, obviously, confirming once more the EQS looks better in a single color than the two-tone used in most of the launch materials, but that’s pretty much where all the praise ends. 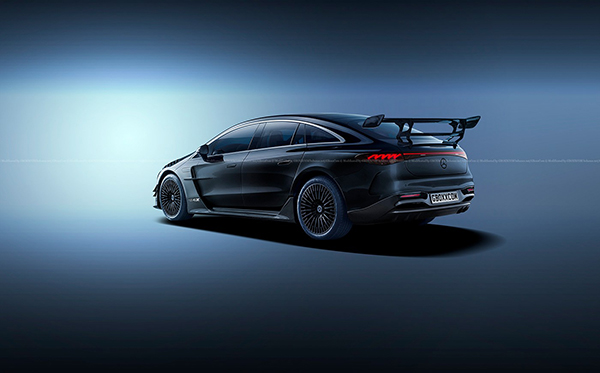 First off, the EQS Black Series features all sorts of vents on its hood that would presumably be used to evacuate the hot air around the engine in a regular car. Since there’s no engine, though, not to mention very few openings on the vehicle’s front end where air could come through in the first place, the only possible role they could fulfill would be an aesthetic one. That, and to create unwanted drag.

Moving swiftly to the vehicle’s rear end (unlike the air will due to all those unnecessary vents), we come across a big wing, one of the trademarks of any Black Series model. Here, though, it looks like something you’d come across on r/Shitty_Car_Mods, and that’s because nothing else about the vehicle justifies the presence of such a big wing. Just look at that ground clearance that would make plenty of SUVs blush, for example.

All that said, we’re genuinely very curious to see how Mercedes transforms the design of its sedan for the performance-oriented version. In our opinion, the styling of the EQS looks too benign to fit a sporty conversion, but we’d love to be proven wrong in the end when the AMG version comes out. No Black Series, though, that’s for sure.