Mercedes-Benz revealed the F 100 in 1991. 30 years ago it was a research vehicle that came with an ample collection of pioneering systems. 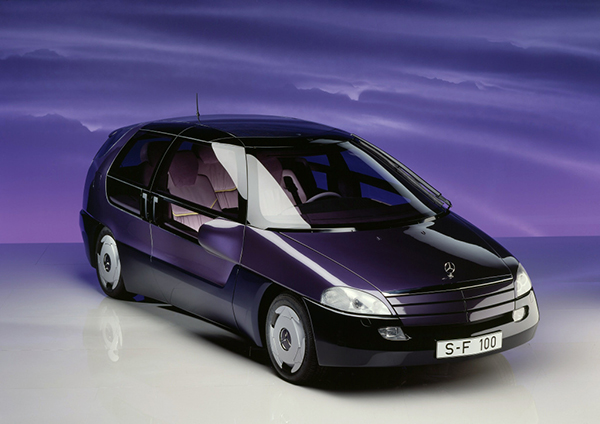 The high-tech list included remote control of the xenon headlights and network mobility features. The driver could operate the phone with buttons on the steering wheel and could control the tire pressure monitoring system from a distance. All these features seemed very futuristic back then. Today, Mercedes-Benz offers them as standard equipment. Some have already become outdated.

Mercedes-Benz unveiled the F 100 on 12th of January 1991 at the North American International Auto Show in Detroit. There was no other research vehicle before it featuring so much technology. 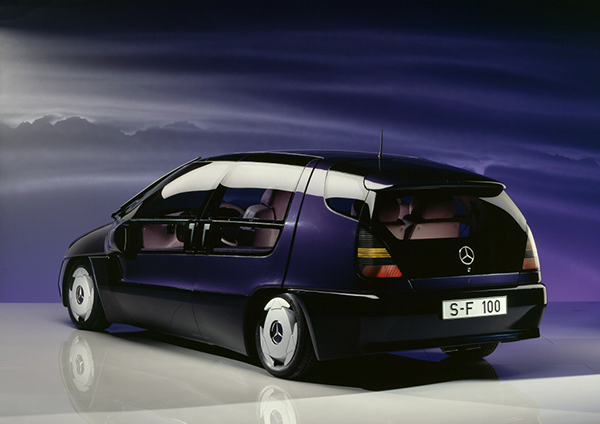 Back in the late 80s, the engineers considered that a passenger car on average carries only 1.2 to 1.7 people in everyday traffic. The figures hardly changed over the years. 1.46 occupants on all journeys are onboard a car, according to a report of the German Bundestag in 2018.

Therefore, the driver receives the safest spot in the car, being positioned in the center of the passenger cell. Parts of the vehicle floor and roof also opened together with new rotating/swiveling doors. Thus the driver can easily hop on or off board, on any side of the vehicle. Two passengers sit offset to the left and to the right behind the driver. 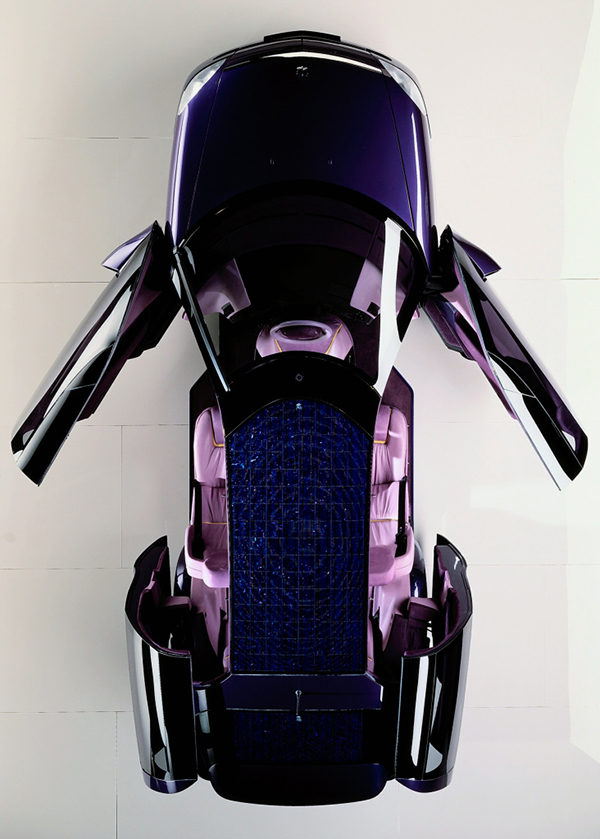 The Mercedes-Bez F 100, a networked vehicle
There is a central screen behind the steering wheel, providing information within the driver’s field of vision, imminent hazards included. The research vehicle also came with distance control that subsequently equipped the S-Class, in 1998, as the DISTRONIC feature. Automatic lane keeping, a mobile fax machine and a permanently installed personal computer were part of the equipment. 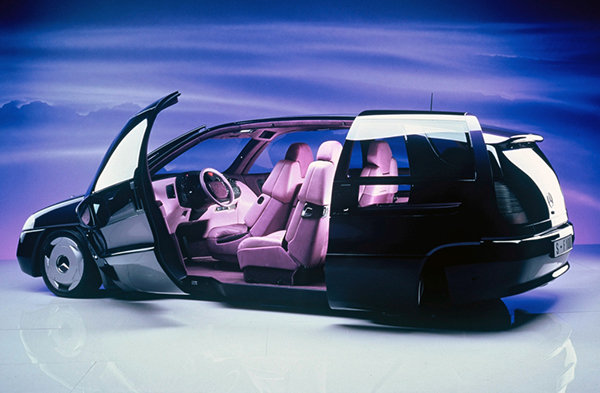 The model also features solar panels, covering two square meters of the roof surface. They generate up to 100 watts of the output for the power supply.

The Mercedes-Benz F 100 came with a front wheel drive, quite unusual at that time. The drivetrain engineers also considered a combustion engine with hydrogen. The solution shows that Mercedes-Benz was already making efforts for zero-emission mobility. And that was 30 years ago. 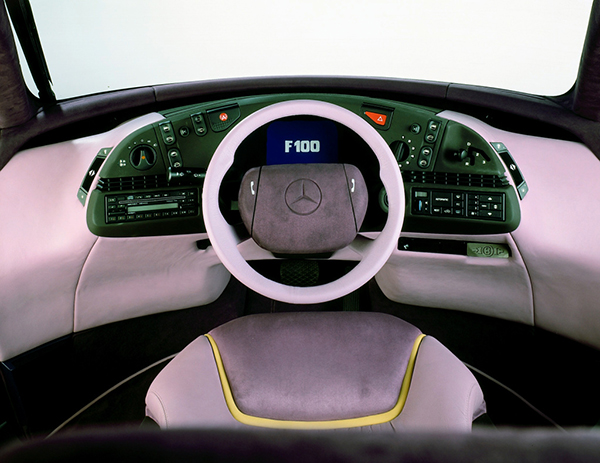