Despite the ongoing health crisis, traveling by bus is still a thing, at it will probably continue to be so for many, many years, at least when large distances like the ones in the U.S. and Canada are involved. And granted, there are plenty of buses to go around already, but releasing a new one from time to time could not possibly hurt. 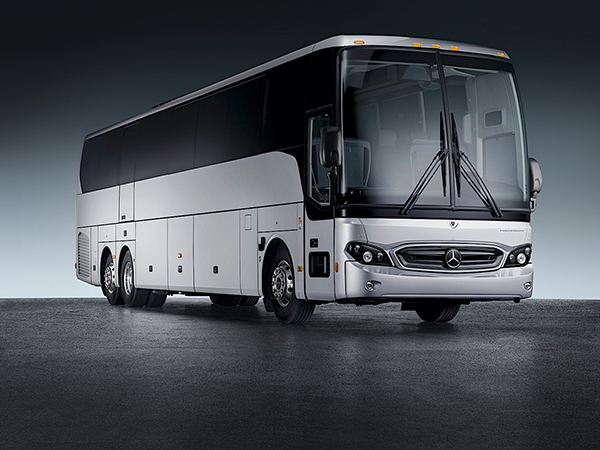 The Tourrider is, according to the Germans, specifically tailored for North America, and this is the only place where it will be offered. And, like most other things the three-pointed star brand makes all over the world, this one too is an expression of luxury.

Actually, these two, as Mercedes will offer a pair of configurations, the Business and Premium, each based on the same platform, but with differences that make them stand out as two distinct models. 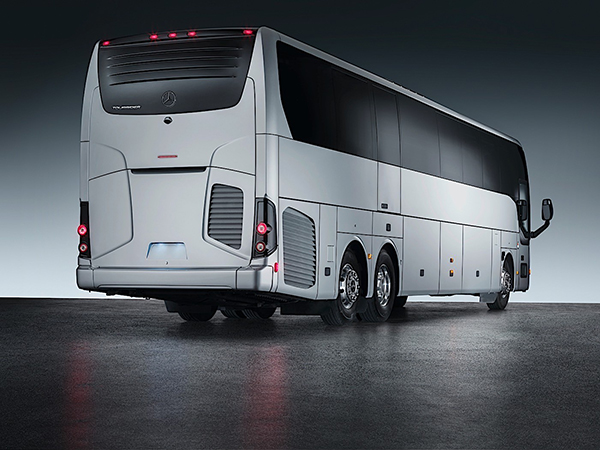 But first, the common features. The Tourrider is described as a three-axle high-deck coach measuring 45-feet long (13.72 meters), equipped inside with in-house-made seats, and a host of convenience features for both passengers and drivers, including twin USB sockets underneath each of the double seats, 110-volt sockets, and a 360-degree camera system.

The bus is, according to Mercedes, the “first motorcoach available with the unique Active Brake Assist 5 emergency braking system” with pedestrian detection. This is the first time such a systems is trusted with initiating automated emergency stop actions when detecting both stationary objects, and people walking by, and no response from the driver. 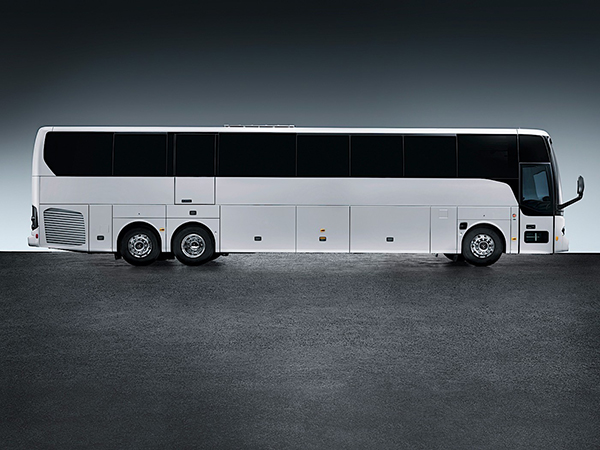 The bus is powered by an engine available only in North America, meaning the mighty 12.8-liters inline-6 from the OM 471 family. Connected to an Allison torque converter automatic transmission, the powerplant is rated at 450 hp and 1,550 lb-ft (2,300 Nm) of torque for this people mover.

As said, the Tourrider comes in two versions, and with two cockpit options. The entry-level, if it could be considered that, is called Business, and was designed for people with “sophisticated expectations.” 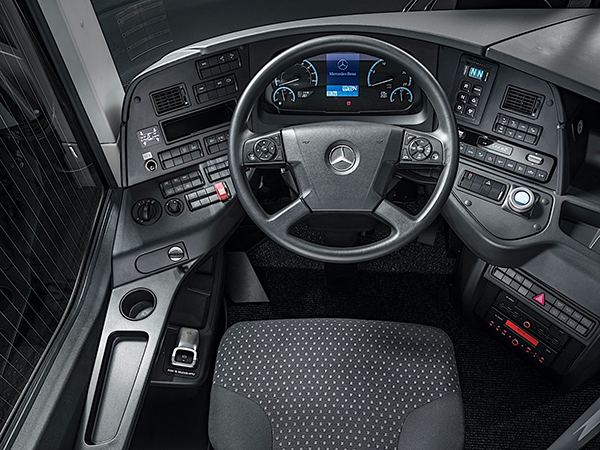 On the outside, this one comes with individual dome headlamps on one level up front, and a V-shaped black cover panel with louvers at the rear, a design that is supposed to be a nod to the shape of “early American muscle cars.” Inside, Mercedes fitted Star Eco seats.

The upscale Premium “fulfills all the expectations of the First Class” customers, treating them to a passenger compartment raised by 2.36 inches (6 cm) compared to the Business. People riding in this one will be seated in Travel Star Xtra seats, “the most luxurious motorcoach seating available from Mercedes-Benz.” 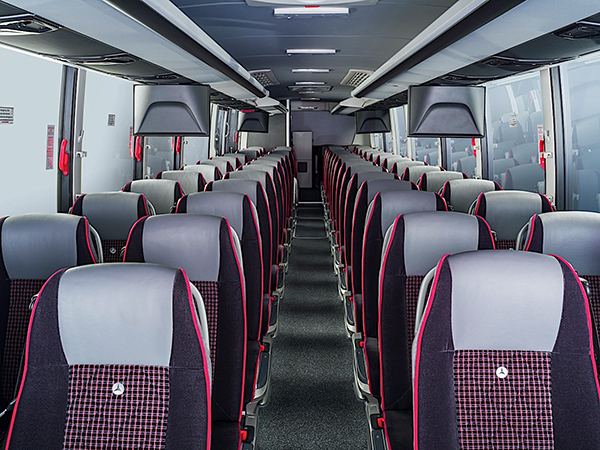 On the outside, the same chrome-framed grille with a centrally-placed star as on the Business can be seen, only the front is now fitted with LED integral headlamps.

As a touch of bling, this version of the Tourrider can be fitted with a Top Sky Panorama glass roof, turning “the passenger compartment into a true dream.” 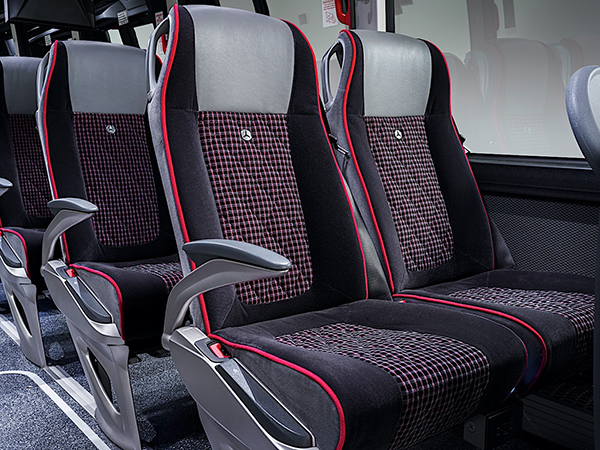 As usual, no matter of the version chosen, buyers of this bus will be treated to a wealth of optional extras, ranging from the covering for the seats to the addition of two wheelchair spaces.

Although it unveiled the Tourrider this week, the German carmaker said nothing so far about when it will become available for touring American roads, and we also have no info on the price for the thing.