Mercedes-Benz is nearing the pointy end of its development programme for the pure-electric EQE SUV. It’ll go on sale in 2023, positioned below the upcoming EQS SUV in the German firm’s new EV line-up and drawing design inspiration from the brand’s existing electric offerings, the EQC SUV and the EQS saloon. 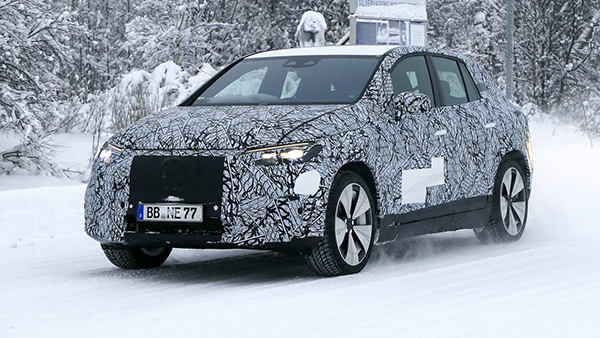 The heavy camouflage on these prototypes gives little away about the Mercedes EQE SUV’s styling, but we can pick out features such as the smooth front facia and slim LED headlamps, both of which are common to the brand’s other EQ-badged vehicles.

The grille will house radars and sensors for the EQE SUV’s driver assistance technologies. Cooling will be provided by a shallow vent below the main grille, which we anticipate will have some form of active vane that can shutter the opening for better aerodynamics.

Like our previously spied prototypes, these winter test cars feature a set of low-drag alloy wheels, which should help to eke a few more miles out of the EV’s battery pack. The steeply raked windscreen and ultra-smooth surfacing should also benefit range, too. Our exclusive images show how the finished car will look once the wraps are pulled off. 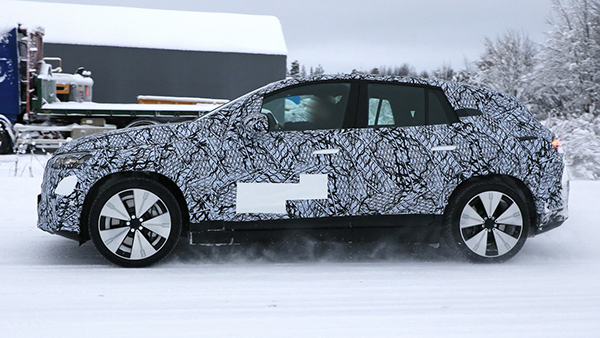 The EQE SUV will sit on Mercedes’s EVA2 underpinnings, which are also found under the EQE and EQS saloons. The car also marks a shift away from the conventions set by the smaller EQC SUV, which uses a modified version of the GLC’s combustion platform rather than a dedicated electric architecture.

Inside, we’re expecting plenty of similarities with the forthcoming EQE saloon. So, buyers should also be offered Mercedes’s MBUX Hypercreen infotainment system, which debuted on the EQS. The system comprises a 12.3-inch digital instrument panel, a 17.7-inch central display and an extra 12.3-inch touchscreen for the passenger.

New Mercedes EQE SUV: platform and powertrains
The EVA2 platform is highly modular, and Mercedes is expected to launch a broad range of powertrains and battery options across the EQE range. In fact, the German brand has already filed trademarks for a whole host of badges, including AMG monikers from EQE 43 to EQE 63, suggesting that high-performance variants are in the works. 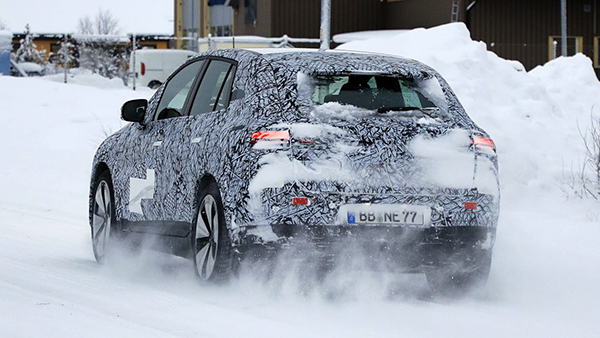 Mercedes has already revealed powertrain details for the car’s saloon relative in EQE 350 guise. This will use a 90kWh (usable) battery to power a motor on the rear axle, which produces 288bhp and 530Nm of torque. Performance figures for the EQE 350 haven’t yet been released, but Mercedes quotes a range of up to 410 miles from a full charge.

The EQE saloon also offers support for 170kW DC rapid charging, which can top the battery up to full capacity in just 32 minutes. When connected to a slower 11kW AC charger, the same charge takes eight hours and 25 minutes.

Mercedes also offers the saloon with an optional 22kW AC on-board charger, reducing this time to just over four hours – and the firm has partnered with providers such as Ionity and Shell Recharge to give its future EV drivers convenient access to rapid charging stations. 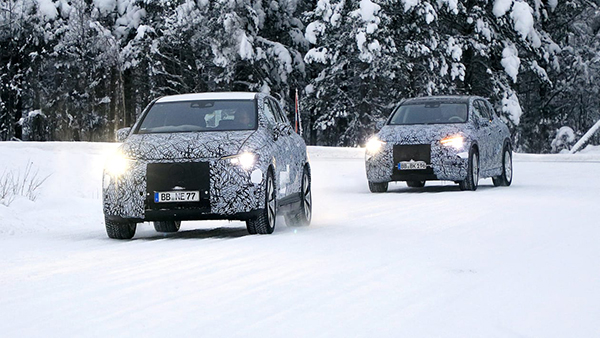 Mercedes’s future EV strategy
Speaking about the company’s future, Mercedes CEO Ola Kallenius, said: “At Mercedes, we are going from EV-first to EV-only for our new architectures and cars. On a global level, the pace of change in the markets will vary, of course. A little faster here, a little slower there.

Looking to the future, Mercedes will launch a range-topping EQS SUV in 2022, which will eventually spawn its own Maybach variant. The G-Class will go also all-electric in 2024 with a model called EQG confirmed and, in 2025, the firm will launch its next-generation MB.AE platform as it shifts towards becoming a pure-electric manufacturer.