Mercedes-Benz A 250 e is the plug-in hybrid version of the Mercedes-Benz A-Class, and it’s the smallest electrified vehicle that the German brand has introduced to its EQ line-up so far. The ‘EQ Power’ label ecompasses fully electric and plug-in hybrid (PHEV) models, while mild hybrids are tagged with the ‘EQ Boost’ badge. Confused? You’re not alone.

Marketing strategy aside, the more important issue is this: does hybrid power actually improve Merc’s hatchback, or is it more focused on keeping company car drivers happy with its lower emissions?

Keep scrolling, and we’ll tell you. 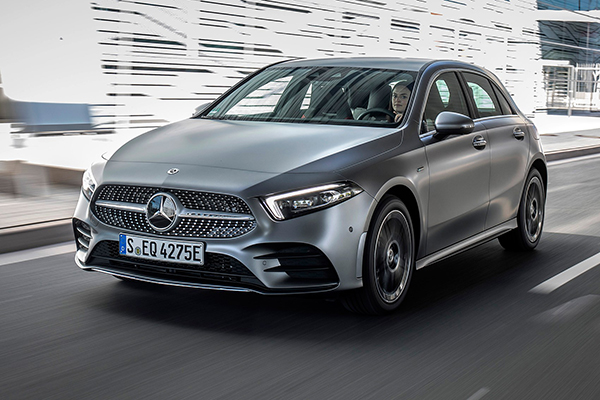 Smaller is better…
Engineers normally have to engage in a three-dimensional form of Tetris to squeeze hybrid tech into an existing package, and the A250e is no exception.

In fact, the challenge of installing a plug-in hybrid powertrain was tougher than usual with the A-Class owing to the car’s small dimensions. So how did they solve the problem? The lithium-ion battery was placed underneath the back seats where the fuel tank would ordinarily reside, which in turn was pushed into the axle integration space beneath it.

The area beneath the bonnet now resembles a tin of sardines, but the electronics and cooling systems were successfully arranged after the conventional 12v starter was ditched in favour of using the electric motor instead. 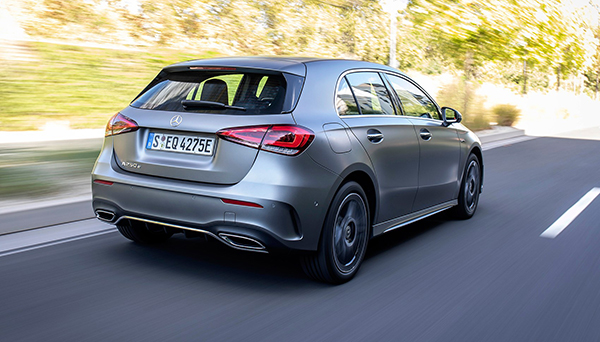 An all-electric range of 44 miles (under more realistic WLTP testing) is entirely believable, given our experiences. In electric-only it’ll drive up to 87mph, which is more than enough. Floor it or go beyond 87mph and the petrol engine joins in on the fun.

Altogether the A250e produces 215bhp and 332lb ft and claims a 6.6sec 0-62mph sprint. Not disappointing despite the fact that the PHEV is hauling around a 150kg battery pack and more weight besides; the 221lb ft of torque added by the electric motor proving useful here. If used properly, the A250e could be as efficient as 201.7mpg and emit as little as 33g/km.

If you’ve time to stop and charge you can do so overnight at home from a traditional three-pin plug in about five-and-a-half hours, or possibly less than two hours with a 7.6kW wallbox. 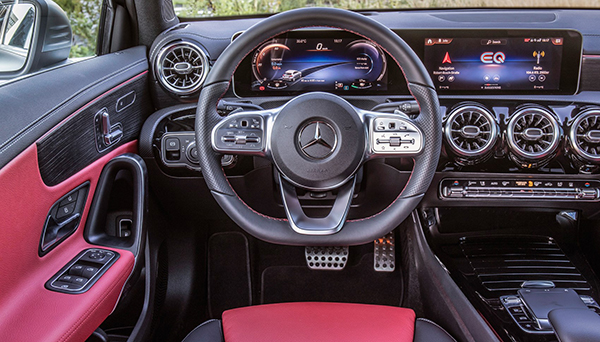 Leave it in electric mode and you can also use the steering wheel paddles to change the amount of regenerative braking. D+ allows the car to coast freely, while D- and D- – add increasingly harsh regen. D-Auto is clever as it adjusts the amount of regen depending on factors like changes in speed limits, cars in front, inclines/declines and intersections/roundabouts using data from the navigation.

As for handling, you can feel the extra weight. The steering, for example, is heavier and a touch more inert than that of an A200 petrol. That makes for a slightly lardier-feeling turn-in in tight corners at speed. On our AMG Line car (the entry-level spec for the A250e, the others being AMG Line Executive, AMG Line Premium and AMG Line Premium Plus), the larger wheels coupled with the additional weight made us suffer a little more in the ride quality department, too. 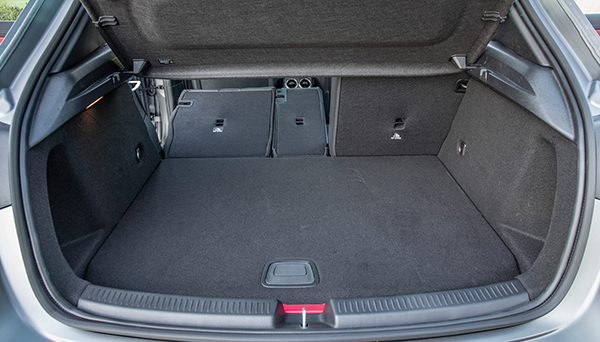 Mercedes A250e: verdict
There’s usable electric range with the A250e, so much so that most people really could commute entirely on electric power alone and charge up while the car is at home overnight or at the office during the day. The silent running and smooth progress also help to furnish Merc’s point about the A-Class being a small luxury car.